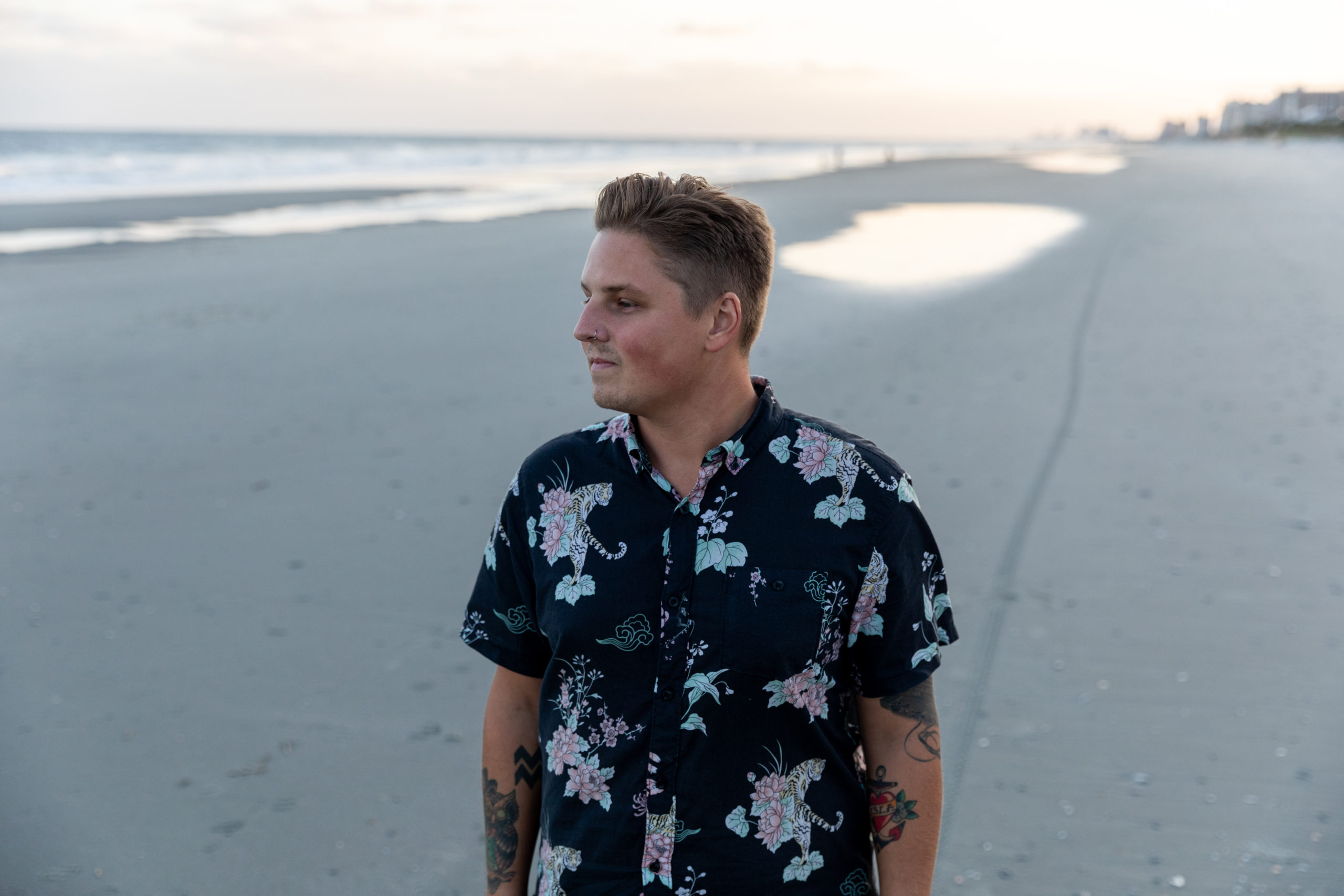 Grand Strand native Grant Nesmith is no stranger to the tidal-like ebb and flow of the local music scene. Grant had early influences like the Beatles, which inspired him to learn to play the guitar at a young age. This led to the formulation of a tribute band while he was only in the 7th grade.

Grant continued to branch out and began writing songs the following year, and he progressed to playing lead guitar in a country band after high school. He continued to receive hands-on  experience from Nashville to New York.  After playing keys in the jam band Nobody for President, engineering, and mixing their album “Icarus Kids”, Grant returned home to Myrtle Beach in 2015.

Upon returning home, he helped found the psychedelic surf rock band Ocean Forest. The name paid homage to their neighborhood of youth. The band recorded two full-length albums and a live album with Silver Records before going their separate ways in 2018.

Grant took a year hiatus from music to spend time with his newborn daughter. However, he couldn’t stop making music, and he soon found himself back in the studio recording his first solo album “Between the Tides” in the fall of 2019.

This new album was a departure from his previous band Ocean Forest. Grant reconnected with his country roots, and he mastered all of the instruments on the album, with the exception of the pedal steel. His previous band members continued to contribute to the album, accompanying him on the track “Blue”. Two tracks from the album found their way into the soundtrack for the film “Broken Halos”.

Finding His Own Sound

Grant began recording his latest album “Dreams of the Coast” in early 2020. This album blends the surf psychedelic sounds of his former band Ocean Forest, the American country twang of “Between Tides”, and is smoothed off with a mellow soft rock vibe. It features heavy banjos, fiddle, and pedal steel, fuzzed out guitars, and reverb soaked 3 part harmonies. Notable appearances on the album include North Myrtle Beach native Sadler Vaden, (Jason Isbell and the 400 Unit), who plays lead guitar, along side Gene Elders (George Strait, Lyle Lovett) on the fiddle. “Dreams of the Coast” is more of a collaboration than his previous works, with frequent guest appearances and varying influences.